Top 5 Festivals That Are Lighting Up Etobicoke Real Estate

Looking for the best ribs you will ever taste? Definitely checkout out the Annual Toronto Ribfest held in Etobicoke’s Centennial Park. The Toronto Ribfest is a charity fundraiser of the Rotary Club of Etobicoke and was named “Top 100 Festival and Event in Ontario”. It attracts well over 100,000 adults and children and has 16 professional Ribbers, huge midway, music, Kidz Zone, specialty shops and vendors, attractions and special appearances.

Last year, over $3 million raised for over 120 organizations and 0% of the money is for Rotary administration. It’s organized by volunteers and has a 13 year track record – great family event.

One of the best things about Toronto is its diversity. The Festival takes pride in turning its spotlight on contemporary professional and amateur artists and performers from North America and Ukraine, and in celebration of Toronto’s diversity, invites a local performing group representing another culture to bring its talents to the main stage each year.

Throughout its history, the Festival has hosted prime ministers and other politicians from all levels of government. The Festival’s main stage has seen top performers from Ukraine including Ruslana, Vopli Vidopliassova, Mad Heads XL and Canada’s many Ukrainian dance companies such as Barvinok, Desna and Rusalka to name a few, and bands such as Edmonton’s Kubasonics and many others.

The Bloor West Village Toronto Ukrainian Festival also has provided an opportunity for outreach to those who have taken part in the parade, the stage and the kiosk areas, including the Canadian Armed Forces, the Scotiabank Run, the Ukrainian Collective of Artists, university student clubs, choirs, sports and martial arts clubs. 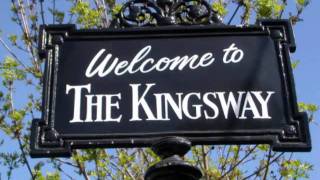 Taste of The Kingsway

Two main stages at either ends of Bloor Street feature continuous live entertainment from well known artists, performers and musicians. Over 200 exhibitors will be participating in this year’s event. Enjoy the beer and wine gardens, food and many midway rides and games.

Singles, couples and families will enjoy the refreshing open-air ambience of the Lakeshore Mardi Gras in a natural park setting in the heart of the beautiful Lakeshore community. Taking place over a four-day period, the community-based event draws its inspiration from the world famous Mardi Gras held annually in New Orleans.

Participants will be able to sample a wide variety of cuisines, while enjoying Dixie, Jazz and Blues bands in one of the largest most beautiful parks in Toronto, Colonel Samuel Smith Park, on the historic Lakeshore Grounds. Live music will play on the main stage and buskers will perform dazzling displays of entertainment.

The Fusion of Taste Festival in Etobicoke is still in its infancy as far as festivals are concerned, but after a few of tradition and fun it is one of the most successful festivals of its kind.

Gaining in popularity year after year, the Fusion of Taste Festival is expecting over 50,000 visitors this year to take in all of the festivities. The very best in entertainment from South Asia, the West Indies and the rest of the world will descend in North Etobicoke in the form of Bollywood Fusion Dances, fashion shows, Bhangra dances, Punjabi bands, belly dancing.

I had the pleasure of assisting the Mazic family sell their home last October. Their home sold within a week and they saved $11,000